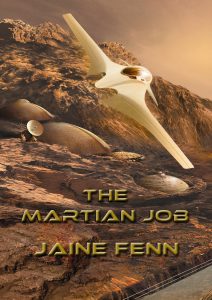 A collection of linked short stories set on Khesh City, available as an ebook from Amazon UK, Amazon US and Smashwords.

The Ships of Aleph

A novella-length adventure story set in the Hidden Empire universe, available as an ebook from Amazon UK, Amazon US and Smashwords.

A stand-alone interplanetary heist. Novella in print and ebook formats available from Newcon Press, Amazon UK and Amazon US.

A Selection of Short Story Credits