A two-part science fantasy set on a world divided between the bright, alien skyland and the intrigue-ridden shadowlands. 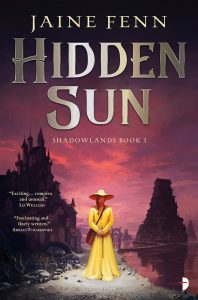 In Hidden Sun, Rhia Harlyn, shadowlands noble and dilettante scientist, faces the dissolution of her House after her rebellious younger rother flees the family mansion. His disappearance coincided with a violent unsolved murder. Rhia abandons her life of luxury, braving the danger and wonder of the skyland to reach the distant shadowland where she believes him to be. This brings her into conflict with a young skyland rebel stuck between the two worlds and a charismatic cult leader who believes he can defeat death itself.

Available from Foyles, Barnes and Noble and Amazon UK or US. 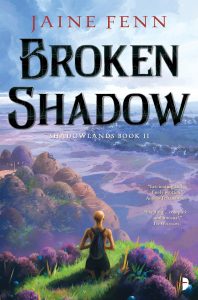 Broken Shadow begins with Rhia Harlyn on trial for her heretical views. Desperate to to save her House and her work, she contemplates the unthinkable. The peace rebellious Dej found at the end of Hidden Sun is shattered as a long-buried crime comes to light, while in a distant Shadowland, the machinations and investigations of cult leader Sadakh are coming up against a combination of lethal politics and the strange and impossible nature of this world.

Available from Foyles, Barnes and Noble, Amazon UK and US.