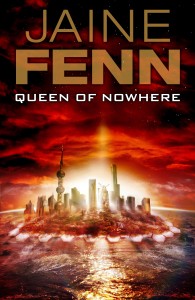 The Sidhe look like us. They live amongst us. What they lack in numbers they make up with their fearsome mental abilities and the considerable physical resources at their disposal. And their biggest advantage? No one believes they exist.

Bez, the best hacker in human-space, is fighting a secret war against them. Always one step ahead, never lingering in one place, she’s determined to bring them down. But she can’t expose the Hidden Empire alone and when the only ally she trusted fails her she must accept help from an unexpected quarter.

Just one misstep, one incorrect assumption, and her Sidhe trap – her life’s work – could end in vicious disaster. Worse, if Bez fails then humanity may never have another chance to win free of the manipulative and deadly Sidhe …