I’m a British Science Fiction and Fantasy writer, author of the ‘Hidden Empire’ series of space opera novels and the Shadowlands science fantasy duology. My short stories have appeared in numerous anthologies and magazines and been recognised with the BSFA Short Fiction Award. I have also written for Warhammer (Age of Sigmar) and Dr Who (Big Finish) and for video-games in the Halo and Total War franchises.

I was born to middle-class parents in middle-England, but I’ve always been a bit odd. Growing up in a house with no books, I relied on a combination of imagination and television to get my fix of strange stories, rejecting girls’ comics in favour of Dr Who novels, and refusing to go to Brownies because it clashed with Star Trek.

I wrote my first ‘novel’ at seven, typing it on my father’s typewriter and illustrating it in felt tip pen. It wasn’t SF, but it did feature characters having an improbably difficult time. Aged nine I found a copy of A Wizard of Earthsea in a gift shop, and discovered the world of fantastical literature.

An early career in IT gave me a distrust of technology rare in an SF writer, and I’ve also supported my writing through a variety of other means including life modelling, running a small charity and teaching. I have been a full-time writer since 2016.

I met and married the love of my life at college. We remain stubbornly in love and have forgone having children in favour of not growing up ourselves. Though everything in the world is secondary to stories and love, other things that ease the trials of everyday life for me include: wild, green places; dancing like nobody’s watching; serious chocolate; fortean phenomena; living like a medieval peasant on summer weekends; friendship; Portmeirion; live music and good books.

I am represented by Sandra Sawicka of Marjacq scripts. 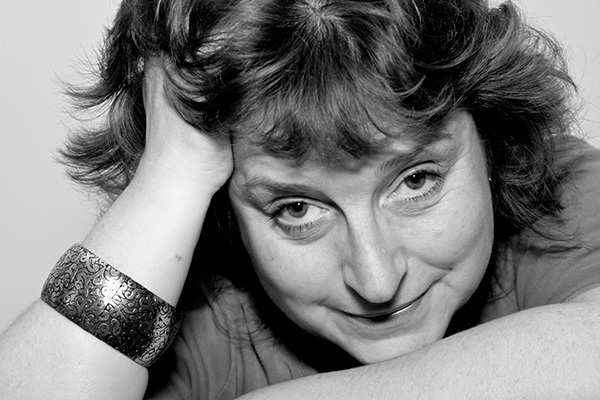